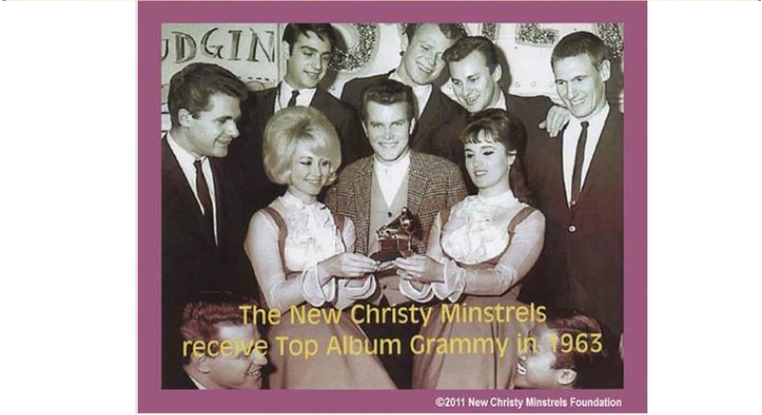 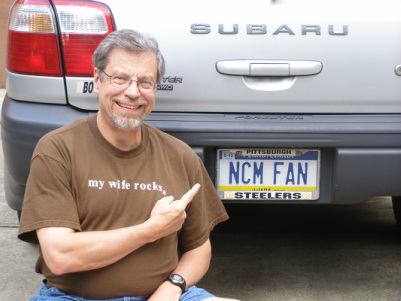 The Background:
In 1961 Randy Sparks created the New Christy Minstrels.  Their first album won a Grammy Award and they were featured as Andy Williams' vocal support group on his TV variety show.
In 1962 I discovered the New Christy Minstrels.  I fell in love with their music, their performing abilities, and their lead soprano.  But I never got to actually see the group in person.  If they ever came to my town I didn't know about it.  However, I was starting to play guitar and banjo and I tried to pattern everything I did after their model.  I had the joy of performing with similar large groups His Company and Ben Jubal, two local groups who never recorded and whose impact has, therefore, faded.
After college I toured the country with a couple of trios and a duo, but never lost my love for the Large Folk Group concept.
Then one day in 2008 I met Randy Sparks in Topeka, Kansas.  I told him about my performing career and what a profound impact his music had on my music and my life.  And I thanked him.
He said, "I'm putting the original band back together for one more tour.  Would you like to join us for our last song when we play in New York?"
After they got my heart started again I said essentially what my wife said to me when I proposed: "Yes, if you're serious, yes, I will!"
The show happened On October 5, 2008.  It was, and remains, the greatest honor and privilege of my performing life.  And Randy said, "That was so much fun, you're welcome on my stage any time!"  Shortly after that I was made an honorary member of the group and joined them on stage for their closing number about a dozen times since.  HERE ARE SOME PICTURES!

"Then one foggy Christmas Eve..."
I felt like Rudolph.  Randy called me in October 2015 and asked me if I could cover for a member of the band who was unable to make the New England tour.  I referred him to this website to show him what I do.  He wrote back that he was "blown away" by my talent.
So when the band came to town they rehearsed at my house, exactly once through each song, and we were off on tour!  Two shows in Pennsylvania, then on to Pittsfield, MA and Hartford, CT.  I continued as a "full-time spare replacement supernumerary" member, playing nearly every concert with the band for two and a half years.  In April 2018 I began being listed as a permanent member.
​
On November 12, 2015 Randy and Becky Jo Benson appeared on PBS radio station WICN in Pittsfield just days before we played there.  The show was exclusively dedicated to the Minstrels and was four hours long, but in about two and a half minutes Randy summarized how I came to be a part of the band:
​In 2009 Randy fought and defeated an attack of prostate cancer.  While he was in treatment I sent him a silly picture to cheer him up.  He must have liked it because Becky Jo added a comment and they put it on their web page where it remained until their page was redesigned in 2015.  It looked like this: 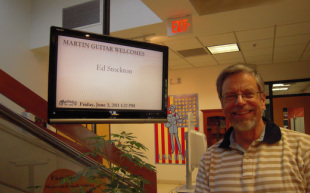 The Martin Guitar Company decided to build commemorative guitars for all members of the New Christy Minstrels, past and present.  Randy Sparks told me that, as an honorary member, I was eligible for one, too.
My Yamaha 12 string was 42 years old at the time, and quite weather-worn.  I needed a new one, but I like the sound of maple 12-strings and Martin does not have a maple 12-string in their catalog.  But they said I could have anything I wanted from their Custom Shop (for a "substantially discounted" price, of course).
It took me several months to specify it, and it took Martin 8 months to build it.  But on June 3, 2011 I picked it up at the Martin factory in Nazareth, PA.  Here is the unique Ed Stockton / NCM model Martin 12-string guitar: 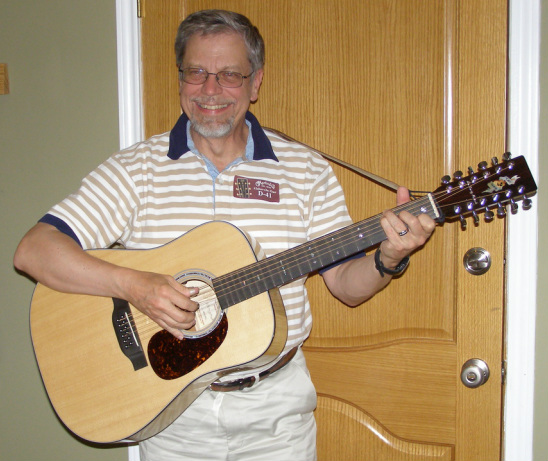